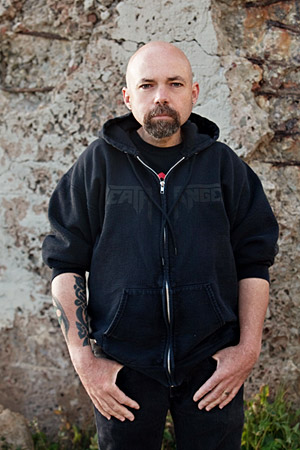 Growing up in the Bay Area, Raymond was lucky enough to witness both the Punk and Thrash Metal scene of the 1980’s explode literally right in front of his eyes. Back in those days he and his friends would make the trip to San Francisco just about every weekend to catch bands such as Metallica, Slayer, Megadeth, Exodus, Testament, Possessed, Dead Kennedys, D.R.I., The Mentors, and countless others. It was a pretty special time in his life, and is what instilled his love for live music. Over the years Raymond has been fortunate enough to combine his passion for live music with his love of photography, and has worked side by side with some of the most influential music photographers in the world, while still developing a style all his own. And although Raymond will always love shooting the big arena rock show, it is pressed up against the stage in a hot, sweaty, packed to the rafters club were he is most at home with his gear.

Raymond’s work has appeared in numerous print publications including Rolling Stone, SPIN, Decibel, Terrorizer, RockHard, Outburn, Metal Hammer, and Guitar Player, just to name a few. He has also toured with bands, and has photographed in venues not only throughout the country, but around the world.

Raymond has a very extensive archive of photos, so if you are looking for something in particular, please feel free to contact him.